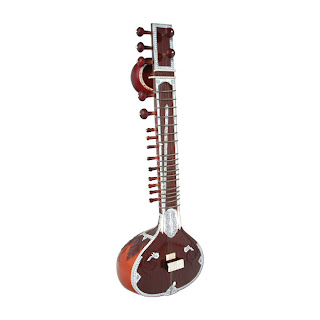 Narendranath a great musician.  He was as well an authentic theoretician of music. This fact is proved by a treatise on music entitled Sangita-Kalpataru, in Bengali, published by Shri Chandicharan Basak in 1887. The book was mostly compiled by Narendranath, and later completed by Shri Vaishnavcharan Basak. In its elaborate Introduction various aspects of the science and art of vocal and instrumental Indian music are discussed with masterly knowledge and insight. The major part of the book named Sangita-Sangraha contains devotional and inspirational songs composed in various languages of India. In the appendix of the book biographical information is provided about the composers of the songs. Scholars are of the opinion that this learned Introduction was written by Narendranath. Though at the time Narendranath himself was struggling against poverty, he compiled this book solely to help the poor publisher.

One day, hearing a friend singing like a professional, Naren said, "Mere tune and keeping time are not all of music. It must express an idea. Can anyone appreciate a song sung in a drawling manner? The idea underlying the song must arouse the feeling of the singer, the words should be articulated distinctly, and proper attention be given to tune and timing. The song that does not awaken a corresponding idea in the mind of the singer is not music at all."

It was an evening in July 1898, at the Math, in Nilambar Mukerjee's garden - house, Belur. Swamiji with all his disciples had been meditating, and at the close of the meditation came out and sat in one of the rooms. As it was raining hard and a cold wind was blowing, he shut the door and began to sing to the accompaniment of Tanpura. The singing being over, a long conversation on music followed. Swami Shivananda asked him, "What is Western music like?"

Swamiji: Oh, it is very good; there is in it a perfection of harmony, which we have not attained. Only, to our untrained ears, it does not sound well, hence we do not like it, and think that the singers howl like jackals. I also had the same sort of impression, but when I began to listen to the music with attention and study it minutely, I came more and more to understand it, and I was lost in admiration. Such is the case with every art. In glancing at a highly finished painting we cannot under - stand where its beauty lies. Moreover, unless the eye is, to a certain extent, trained, one cannot appreciate the subtle touches and blendings, the inner genius of a work of art. What real music we have lies in Kirtana and Dhrupada; the rest has been spoiled by being modulated according to the Islamic methods. Do you think that singing the short and light airs of Tappa songs in a nasal voice and flitting like lightning from one note to another by fits and starts are the best things in the world of music? Not so. Unless each note is given full play in every scale, all the science of music is marred. In painting, by keeping in touch with nature, you can make it as artistic as you like; there is no harm in doing that, and the result will be nothing but good. Similarly, in music, you can display any amount of skill by keeping to science, and it will be pleasing to the ear. The Mohammedans took up the different Ragas and Raginis after coming into India. But they put such a stamp of their own colouring on the art of Tappa songs that all the science in music was destroyed.

Q. Why, Maharaj (sir)? Who has not a liking for music in Tappa?

Swamiji: The chirping of crickets sounds very good to some. The Santals think their music also to be the best of all. You do not seem to understand that when one note comes upon another in such quick succession, it not only robs music of all grace, but, on the other hand, creates discordance rather. Do not the permutation and combination of the seven keynotes form one or other of the different melodies of music, known as Ragas and Raginis? Now, in Tappa, if one slurs over a whole melody (Raga) and creates a new tune, and over and above that, if the voice is raised to the highest pitch by tremulous modulation, say, how can the Raga be kept intact? Again, the poetry of music is completely destroyed if there be in it such profuse use of light and short strains just for effect. To sing by keeping to the idea, meant to be conveyed by a song, totally disappeared from our country when Tappas came into vogue. Nowadays, it seems, the true art is reviving a little with the improvement in theatres; but, on the other hand, all regard for Ragas and Raginis is being more and more flung to the winds.

Accordingly, to those who are past masters in the art of singing Dhrupada, it is painful to hear Tappas. But in our music the cadence, or a duly regulated rise and fall of voice or sound, is very good. The French detected and appreciated this trait first, and tried to adapt and introduce it in their music. After their doing this, the whole of Europe has now thoroughly mastered it.