KARMA IN ITS EFFECT ON CHARACTER 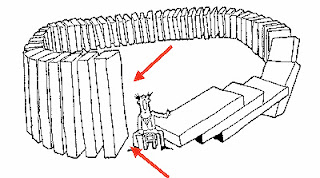 Man works with various motives. There cannot be work without motive. Some people want to get fame, and they work for fame. Others want money, and they work for money. Others want to have power, and they work for power. Others want to get to heaven, and they work for the same. Others want to leave a name when they die, as they do in China, where no man gets a title until he is dead; and that is a better way, after all, than with us. When a man does something very good there, they give a title of nobility to his father, who is dead, or to his grandfather. Some people work for that. Some of the followers of certain Mohammedan sects work all their lives to have a big tomb built for them when they die. I know sects among whom, as soon as a child is born, a tomb is prepared for it; that is among them the most important work a man has to do, and the bigger and the finer the tomb, the better off the man is supposed to be. Others work as a penance; do all sorts of wicked things, then erect a temple, or give something to the priests to buy them off and obtain from them a passport to heaven. They think that this kind of beneficence will clear them and they will go scot-free in spite of their sinfulness. Such are some of the various motives for work.

Work for work's sake. There are some who are really the salt of the earth in every country and who work for work's sake, who do not care for name, or fame, or even to go to heaven. They work just because good will come of it. There are others who do good to the poor and help mankind from still higher motives, because they believe in doing good and love good. The motive for name and fame seldom brings immediate results, as a rule; they come to us when we are old and have almost done with life. If a man works without any selfish motive in view, does he not gain anything? Yes, he gains the highest. Unselfishness is more paying, only people have not the patience to practice it. It is more paying from the point of view of health also. Love, truth, and unselfishness are not merely moral figures of speech, but they form our highest ideal, because in them lies such a manifestation of power. In the first place, a man who can work for five days, or even for five minutes, without any selfish motive whatever, without thinking of future, of heaven, of punishment, or anything of the kind, has in him the capacity to become a powerful moral giant. It is hard to do it, but in the heart of our hearts we know its value, and the good it brings. It is the greatest manifestation of power — this tremendous restraint; self-restraint is a manifestation of greater power than all outgoing action. A carriage with four horses may rush down a hill unrestrained, or the coachman may curb the horses. Which is the greater manifestation of power, to let them go or to hold them? A cannonball flying through the air goes a long distance and falls. Another is cut short in its flight by striking against a wall, and the impact generates intense heat. All outgoing energy following a selfish motive is frittered away; it will not cause power to return to you; but if restrained, it will result in development of power. This self-control will tend to produce a mighty will, a character which makes a Christ or a Buddha. Foolish men do not know this secret; they nevertheless want to rule mankind. Even a fool may rule the whole world if he works and waits. Let him wait a few years, restrain that foolish idea of governing; and when that idea is wholly gone, he will be a power in the world. The majority of us cannot see beyond a few years, just as some animals cannot see beyond a few steps. Just a little narrow circle — that is our world. We have not the patience to look beyond, and thus become immoral and wicked. This is our weakness, our powerlessness.

Even the lowest forms of work are not to be despised. Let the man, who knows no better, work for selfish ends, for name and fame; but everyone should always try to get towards higher and higher motives and to understand them. "To work we have the right, but not to the fruits thereof:" Leave the fruits alone. Why care for results? If you wish to help a man, never think what that man's attitude should be towards you. If you want to do a great or a good work, do not trouble to think what the result will be.