ॐ वीरेश्वराय विद्महे विवेकानन्दाय धीमहि । तन्नो वीर: प्रचोदयात् ।
Swami Vivekananda is first Spiritual ambassador from India to the West. He greatly influenced people in the West with teachings of Yoga and Vedanta. Eminent thinkers, scientist etc.. were felicitated by his teaching of Potential divinity of each soul. Nikola Tesla, famous scientist was one among them. 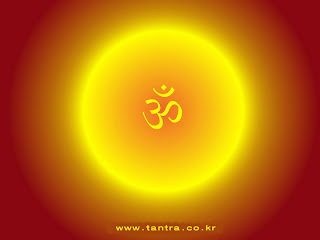 Swami Vivekananda, late in the year l895 wrote in a letter to an English friend, "Mr. Tesla thinks he can demonstrate mathematically that force and matter are reducible to potential energy. I am to go and see him next week to get this new mathematical demonstration. In that case the Vedantic cosmology will be placed on the surest of foundations. I am working a good deal now upon the cosmology and eschatology of the Vedanta. I clearly see their perfect union with modern science, and the elucidation of the one will be followed by that of the other." (Complete Works, Vol. V, Fifth Edition, 1347, p. 77).

Here Swamiji uses the terms force and matter for the Sanskrit terms Prana and Akasha. Tesla used the Sanskrit terms and apparently understood them as energy and mass. (In Swamiji's day, as in many dictionaries published in the first half of the present century, force and energy were not always clearly differentiated. Energy is a more proper translation of the Sanskrit term Prana.)

Tesla apparently failed in his effort to show the identity of mass and energy. Apparently he understood that when speed increases, mass must decrease. He seems to have thought that mass might be "converted" to energy and vice-versa, rather than that they were identical in some way, as is pointed out in Einstein's equations. At any rate, Swamiji seems to have sensed where the difficulty lay in joining the maps of European science and Advaita Vedanta and set Tesla to solve the problem. It is apparently in the hope that Tesla would succeed in this that Swamiji says "In that case the Vedantic cosmology will be placed on the surest of foundations." It was proved ten years later, in a paper by Albert Einstein through his famous equation e=mc2.

Nikola Tesla, the great scientist who was specialized in the field of electricity, was much impressed to hear from the Swami his explanation of the Samkhya cosmogony and the theory of cycles given by the Hindus. He was particularly struck by the resemblance between the Samkhya theory of matter and energy and that of modern physics. The Swami also met in New York Sir William Thompson, afterwards Lord Kelvin, and Professor Helmholtz, two leading representatives of western science.  ...Mr. Tesla was charmed to hear about the Vedantic Prana and Akasha and the kalpas, which according to him are the only theories modern science can entertain.....Mr Tesla thought he could demonstrate mathematically that force and matter are reducible to potential energy.

The meeting with Swami Vivekananda greatly stimulated Nikola Tesla's interest in Eastern Science. The Swami later remarked during a lecture in India, "I myself have been told by some of the best scientific minds of the day, how wonderfully rational the conclusions of the Vedanta are. I know of one of them personally, who scarcely has time to eat his meal, or go out of his laboratory, but who would stand by the hour to attend my lectures on the Vedanta; for, as he expresses it, they are so scientific, they so exactly harmonize with the aspirations of the age and with the conclusions to which modern science is coming at the present time".