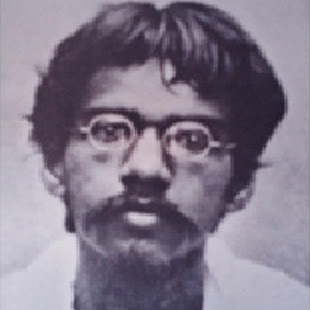 Barindra Kumar Ghosh, the younger brother of Sri Aurobindo Ghosh, was an Indian revolutionary and journalist. Being born in England, he received education in Deoghar and military training from Baroda. He was highly influenced by Aurobindo and thus, joined the revolutionary movement. He was actively associated with Jatindra Nath Banerjee (a prominent freedom fighter, also known as Niralamba Swami).

In the year 1906, Barindra Kumar published the Bengali weekly Jugantar. Later, the secret revolutionary arm Jugantar was formed under the guise of a fitness club in Bengal. He, along with Jatindranath Mukherjee (or Bagha Jatin), was instrumental in recruiting young revolutionaries. Maniktala, Kolkata, emerged as a secret place where the revolutionaries used to manufacture bombs, and collected arms and ammunition.

In the intensive police investigation following the murder attempt of Magistrate Douglas Kingsford (1908), Barindra and Aurobindo were arrested on 2nd May 1908 along with other freedom fighters. In the Alipore Bomb Case, Barindra Ghosh and Ullaskar Dutta (a member of the Jugantar party) were sentenced to death. With the intervention of Deshbandhu Chittaranjan Das, the sentence was reduced to life imprisonment. In 1909, Barindra Kumar was deported to the Cellular Jail, Andaman. Upon his release from jail, Barindra began his journalistic career and became associated with Dainik Basumati and the Statesman.