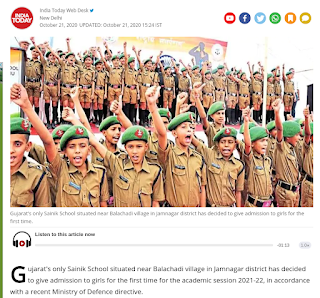 HH Maharaja Digvijaysinji Ranjitsinhji - Maharaja of Jamnagar, Gujarat did something very special that made him a darling of the Polish Nation. He accommodated about a thousand Polish Children (who were refugees without a shelter) in his own Kingdom against all odds and maintained their livelihood,upbringing and education for several years until they could return to a safe motherland.

Besides he financed upkeeping of many other Polish Refugees elsewhere in India. But why was it necessary? Before the WW2 started,Hitler's Germany had an understanding with Stalin's USSR that each will not interfere with the others activities and honour each others Sovereignty. Which meant USSR did not expect any attack from Nazi Germany. In 1939 the WW2 started when Germany virtually swallowed up Poland entering through its western borders. USSR did not want to lag behind. Tsarist Russia once annexed and ruled a good part of Poland.

In that context the Soviet army also entered Poland through the eastern borders and occupied a part of the country. Naturally the Polish people did not agree to the arrangement and organised protests and struggle against both the aggressors. About 2 million of Polish people were sent by force to Siberia and near Arctic regions to work under inhuman conditions. Those were kind of forced labour camps to teach protestors a lesson. Food was not sufficient,working conditions extremely hard. Living amenities were terribly insufficient. Half of the people in those Gulags perished. 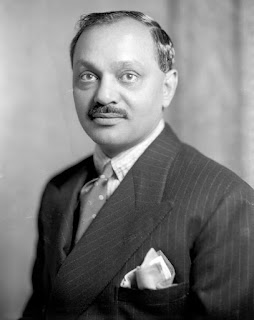 Meantime things changed dramatically in the war front. In 1941 Germany disregarded the non proliferation treaty and attacked USSR and it joined the Allied Forces. All the Polish inmates of Gulags were freed. Men were needed in the warfront. Ladies and children were malnourished and consequently weak. They did not have a place to go. Many of the children,ladies and old people pursued land route through Persia to other countries that would accept them as refugees. There was not many such places. Still some of them got shelter in India and some African/Latin countrires.

At this stage lets get introduced to another great soul,a Polish lady Kira Banasinska wife of the Consul General of Poland in Bombay(Eugeniusz Banasinski). She also was the representative of Polish Red Cross. Heart of Kira was bleeding when she thought about her countries plight sandwiched in the hands of two strong powers. When these polish citizens(ladies,children and old people) were stranded and did not quite know where to go,she thought it to be a lifetime chance to come to their help. She started organising help by collection of funds,relief materials and shelter for them in India.

Her efforts brought in miraculous results.Digvijaysinhji agreed to take charge of 1000 children by making a Children home near his summer retreat in Nawanagar,in a place called Balachadi. Barracks were made, necessary staff deployed,all necessary arrangements made and before the end of 1942 Ms Banasinska could bring the 1000 children to their new address via Tehran. The children had identity crisis. Digvijaysinhji told them not to worry. He said that all Nawanagaris call him Bapu. So,he would be Bapu to them too.

These children found a new land,good living condition and a fatherly figure in Digvijaysinhji,who visited them from time to time and even celebrated Christmas with them. These children were there only about 30km from Jamnagar until 1945 when they were shifted to a bigger facility for Polish refugees at Valivade near Kolhapur. Here Ms Banasinska arranged to construct a facility for 6500 Polish Refugees who were housed at different places in India,mainly Balachadi,Kolhapur and Panchgani. The refugees remained there until 1947/8 before they could either go back to Poland or relocate elsewhere. From amongst the Jamnagar children several are still surviving all around the globe and still visit their nostalgic childhood campsite near Jamnagar from time to time.

It has been turned into a Sainik School now. The Banasinski couple did not want to return to Communist Poland. They went to London for some time but ultimately returned to India and applied for Indian Citizenship which they got. They settled in Bombay and Ms Banasinska worked forintroduction of Montessori education in India with the help of Sir J R D Tata. She had a long life and died in 2002 at the age of 102years. The couple's final resting place is near Mahalaxmi, Mumbai. Kira Banasinska recieved the Order of Polonia Restituta, the highest civilian award of Poland for her great service to her Nation in rehabilitating the huge number of destitute Polish Refugees.

The Polish Government has recognised the help of the Jam Saheb to its citizens in various ways. A square in Warsaw has been named the Square of the Good Maharaja. There is a memorial in Warsaw with the sculpture of a lotus with the history of Jam Sahib's help inscribed on its base. They have named a school in Warsaw as Jam Saheb Digvijaysinhji Jadeja School. In 2011 he was posthumously honoured with the award of Order of Merit of the Republic of Poland. In 2016,on the 50 th Death Anniversary of the Maharaja,the Polish Parliament passed a special resolution in the memory of his kindness and help to Polish Nationals during their dark days. After he signed the accession treaty he became a tutelar head of his State of Nawanagar and has lived in Jamnagar and Bombay until his death in Bombay in the year 1966.