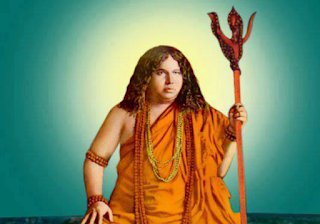 The advent of His Holiness, Acharya Srimat Swami Pranavananda ji Maharaj was in 1896, in the village Bajitpur (Bangladesh) of undivided India. 'BINOD', as was called in his childhood days, was often found to be immersed in serious thoughts that culminated into deep meditation, aimed at 'Self Emancipation' and 'Upliftment of Human Beings', through spiritual development and selfless Services. As a brahmachari, he spent countless hours in meditation, spiritual trances and Seva (service to people).

He was born on 29 January 1896, the auspicious day of Maghi Purnima (16th Magha, 1302), in Bajitpur, a village in Faridpur District in undivided India (presently in Bangladesh). His parents Vishnu Charan Bhuia and Saradadevi were very pious and blessed by Lord Shiva to have a son for the mitigation of human suffering and universal emancipation. He was affectionately named Jaynath by his father at birth and later in his boyhood he was called Binode. Binode showed uncommon philosophical inclinations since childhood and often could be seen in deep contemplation at the village school. He was popular with the children of the locality because of his helpful nature.
The divine boy Vinod, as he was named, possessed by birth the nature of Shiva,– always calm and quiet, having little care for food or play. The meditative nature grew deeper as the boy became older; so much so that he could not properly attend his studies in school. At home also he would often pass whole night, unconscious of outside world, waking up only in the morning when someone knocked at the door.

Thus went on his deep meditation and severe "Brahmacharya Sadhna," till at last his diet became a handful of cooked rice and a few boiled potatoes and sleep was reduced to an hour only. Later on, he totally left off sleep for six long years at a stretch. At that time he would pass the whole night on the altar of penance in the cremation ground in meditation and spiritual trance.

He became the disciple of Baba Gambhiranathji and eventually attained the Divine Power, which illuminated His life. Those who wounded him were also endued with the same. Gradually, many people influenced by the ideologies of the Acharya, continued to extend and hold aloft His banner "BHARAT SEVASHRAM SANGHA", (the Ashram founded in 1917) as His disciples, (irrespective of caste, colour or religion). The Sangha is dedicated for the all round well being of people indulged in raising them to the Level of Divine Standard.
In those days of Indian Independence Movement, He was the source of inspiration to the Revolutionaries and personally took up people and goaded them to adopt selfless services in Natural Calamities. He was the torch-bearer to set up Village Level Industries, like Handloom and even introduced Dhekis (Indigenous Rice Hauler- manually operated) at all households. In these ways, He soughed out various ways of Income Generation Programmes to make the people living below the poverty line, such as the tribals to stand on their own feet.

Sangha's multifarious services provided all-around being well fortified with that blessings in the field of medical & educational services, relief and rehabilitation programmes, rural upliftment, social welfare, Tribal improvement, removal of un-touchability, cultural awakening, spiritual regeneration, youth's welI-being, physical culture and cult of heroism. Sangha today is on the vastly move with its divine mission spread all over the country and many a places in England, America, Canada, Guyana, Trinidad, Bangladesh, Nepal, Fiji etc. irrespective of caste, creed, colour, race, religion and nationality.
In his childhood and youth he has seen and experienced the condition of poor and illiterate people. He noticed that no person or organisation, even the then government has come forward to help suffering people during flood, famine or epidemic. He was aghast to see the weakness, timidity, selfishness and lethargy among the majority. There was no unity or fellow-feeling, the educated and rich used to avoid the poor people. The society was fractured due to in-fight based on caste, creed, community and religion. They were physically, mentally, morally and spiritually weak and unable to defend themselves and their friends and family members in case of need. They were always under fear of oppression from other communities and the foreign ruler. The political situation was against them. Later in his life he personally experienced the rude and arrogant behaviour of self-vested persons at major religious centres. He has seen thousands of people dying for non-availability of medical support, health-care and food. He found no one is caring the poor and neglected people and left them at the mercy of God and evil elements in society.
--
कथा : विवेकानन्द केन्द्र { Katha : Vivekananda Kendra }
Katha Blog : http://katha.vkendra.org
Katha Google Group : https://groups.google.com/forum/?hl=en#!forum/daily-katha
Vivekananda Rock Memorial & Vivekananda Kendra : http://www.vivekanandakendra.org
Read n Get Articles, Magazines, Books @ http://prakashan.vivekanandakendra.org
Let's work on "Swamiji's Vision - Eknathji's Mission"
Follow Vivekananda Kendra on   blog   twitter   g+   facebook   rss   delicious   youtube   Donate Online