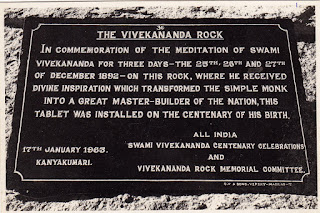 100th birthday of Swamiji was celebrated at Kanyakumari with a public meeting. A memorial tablet in marble was installed on the Rock.

29.03.1963 - The All India Committee was registered. Registration No.34 of 1963. Vivekananda Centenary Celebration Committee 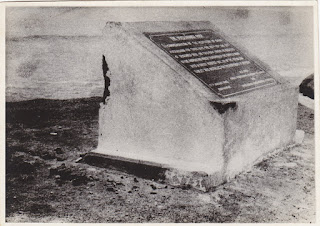 23.11.1963 - The first General body meeting after registration was held at Madras.

23.12.1963 - Shri Eknathji took the first Signature(Shri Raghunath Singh of Congress) in the petition of Parliamentarians

26.12.1963 - Shri M.S. Anney gave the petition with the signature of 323 MPs & submitted to the Hon'ble Prime Minister Pandit Jawaharlal Nehru.