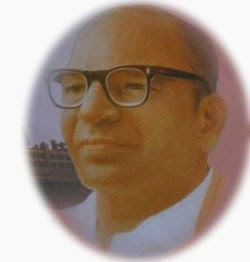 Swami Vivekananda has said that even after he laid down his body, he would continue to work and inspire generations to come to carry on his unfinished work.We see it still happening. Swamiji does it in innumerable ways.

The magnificent Vivekananda Rock Memorial at Kanyakumari is one such undying source of inspiration. The Vivekananda Memorial, as it stands today, is a memorial to Swamiji as to Shri Ekanthji Ranade whose devotion to the work he had undertaken was inspired not by mere faith but by intellectual conviction.

Eknath Ranade ji in his conversation with Sri Govinda Menon, the Home Minister in the Central Cabinet. To a pointed question by the minister as how the work of the RSS could be reconciled with Vivekananda’s philosophy, Eknathji reply was, “It is Vivekananda’s philosophy that made me an RSS worker. In fact RSS is nothing but an extension of Swamiiji’s work”.

Shri Eknath Ranade believed that as the Vivekananda Rock Memorial was a national monument, every Indian should be invited to contribute to its construction. He approached (and succeeded) almost every State government and asked for their contribution, making a special effort to go to the north-eastern states of Nagaland and Arunachal Pradesh so that they could also feel a part of the national endeavour.
But the bulk of the contributions came from the general public. Shri Eknath Ranade launched the campaign of one-rupee folders throughout the nation, which were used to mobilise the donations of the common man, starting from as tiny an amount as a rupee.Thus so many people visiting the Rock Memorial could feel with justified pride that they too had contributed to that monument.

It is solely due to Shri Eknath Ranade that the Vivekananda Rock Memorial mission never became a political agitation, which would then have caused parties and people to take sides simply due to political expediency, and not based on the merit of the issue.

Ultimately, within the unbelievably short period of six years, the Vivekananda Rock Memorial was inaugurated in 1970, and dedicated to the nation. Without the leading role of Shri Eknath Ranade, it is extremely doubtful that this grand national monument could have been built. 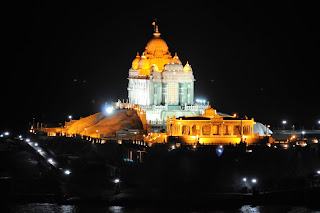