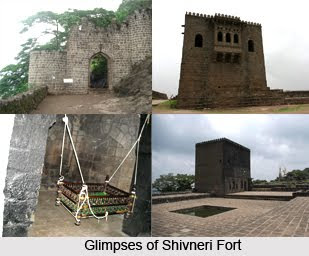 From today will see some stories from Shivaji's life.

Shivaji was born to Jijau at night. Revolution always takes birth at night. The sacred rituals of the first twelve days after birth were performed in totality. Shivneri fort was satiated. Right from the birth Shivaji developed a loving relationship with fort Shivneri. Infect Jijau named him Shivaji as he was born on Shivneri. Shivaji was her sixth son. She had fie sons before him. Four died in infancy. Sambhajiraje was blessed. He was seven years of age at that time. He had just got married. Shivneri's commander Shidhojirao's daughter Jayanti was Sambhaji's bride. This wedding too took place on Shivneri.

After Shivaji's birth his horoscope was made. His moon sign was Virgo and ascendant was Leo. After Shivaji's birth Shahajiraje learnt of this good news in his camp near Parinda. Shivaji's cradle went on rocking on Shivaneri. At the same time, Mughal emperor Shahjahan arrived at Burhanpur on a campaign of the south (1st March 1630). Hehad plans of completely routing the Nizam. Massive army and was material camped at Burhanpur. These southern campaigns had commenced right from the time of Akbar. Each and every emperor wished to rule entire Hindustan, from Lanka to Kashmir! But they never succeed. Mughals wanted to establish their own supremacy. At the same time Shivaji was filling up his cradle at fort Shivneri.