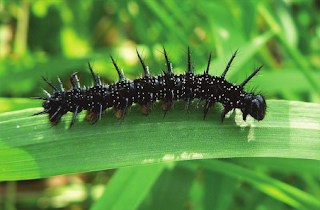 One of the most entrancing of changes, carefully fortified by nature, is the creation of a butterfly. An ugly stout caterpillar, builds a cocoon and transforms it's life energies, little by little, in an unimaginable way, into one of the most beautiful creatures on our planet. As the myriad coloured, brightly winged, delicate butterfly takes wings and soars towards the blue sky, one cannot but wonder whence this transformation?

All the lessons that God intended to teach us are enshrouded in the nature around us. If we are willing to learn,there are lessons in leaves and messages in the dew that glistens on them. Learning is Metamorphosis. A very interesting part of learning is questioning oneself. We, humans, have a unique way of deluding ourselves with a permanent sense of identity; until we question the 'I' in all its bareness. When somebody truly does, he is in for a real shocker. 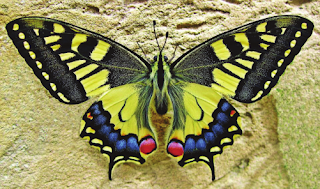 Human identity is a defining feature of the human experience. No other creature has a sense of 'I' or self as strong as we do. Man values his  relationships, his affections and possessions because of their connections  to his 'I'. But how true is the 'I'? A cursory look at the mind, which radiates the sense of being, shows something of the nature of a movie show. The movie is part documentary (based on memory), part drama (based on desire), with a sprinkling of fantasy, comedy and fiction, all collaged together by the ego which poses as the leading actor. And so we sport many identities and remain absorbed in our images and ego-ties. Questioning the ego, peering into its nature, snaps the absorption in the images, for there cannot be a movie without a leading character, and this disrupts the show. The mind comes out of its absorption and becomes conscious of itself. Control becomes possible. Atmavichar or self-analysis thus serves as a key to genuine transformation.

In human beings, the self-awareness has come full circle and hence holds the potential to manifest itself fully. That is why the sense of I, the fringe of our true Being, is so strong. With a little analysis we can see that the sense of 'I' has two levels. One is the thinkable portion. It is usually the epithets, appellations and labels we have collected over time. It forms the crust of our personality. More fundamental to this is the feel of existence, without thought.

Now, here we have an interesting find. We do remain over, even when we are not thinking. When scrutinized this is a state of simple, intense self-awareness. It is completely independent 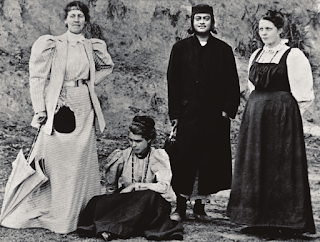 of our mental cogitation. It is also independent of effort. No process of knowledge is involved in it. In fact it is more 'felt' when the mind is absolutely non-functional, as for instance, during periods of tranquility, in the still hours of dawn and dusk. It steals upon us unawares. The refreshing touch of no-thought and the underlying, flowing, unbroken awareness mesmerizes us occasionally. This experience is fairly common in young people. Meditation is an attempt to consciously and categorically usher in this state and then intensify it. It is plumbing into one's own depths; bringing one's whole being into full awareness. It can be achieved by training attention, which is nothing but a spark of consciousness, arising at will and illumining the objects it falls upon. This makes meditation a cutting-edge spiritual technology to plumb into the depths of our personality structure. Transformation is always transformation of 'I.' Neither change of place, nor method, nor religion actually transforms unless our sense of 'I' has changed.

In 1898 Nivedita accompanied Vivekananda to Almora. She had left a comfortable life and an illustrious career, in other words snapped the ties of 'I,' to realize the truths that her Master spoke of. In his wonderful personality she saw a selflessness and purity that were astounding.

Initially she did not know what to make of it. Once shorn of the little self, the truth behind the 'I' resurrects itself. When one touches the magnificent reality of one's true Being, the murky ego which is always unsure of itself, surrenders and submits or rather acknowledges its non-existence. This is the basis of all true 'selflessness' for the Self reigns over the ego. And hence a spiritual person radiates a dignity that redefines the conventional attitude of respect. Nivedita saw this clearly in the firm character of her great Guru Vivekananda. She saw how indeed a true sannyasin stands at the head of the Vedas. Her worship of the person now transmuted into selfless dedication to his cause.