Who was the real Veer Savarkar? 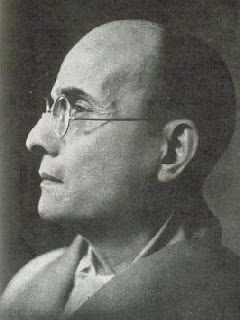 'One hopes the younger generation sees Savarkar him for what he was and does not view him through a distorted prism.'
'This is the least one could do for someone who devoted his whole life to the Indian freedom struggle, elimination of caste, succour to Dalits, and instilling a strategic culture in India,' says Lieutenant General Ashok Joshi (retd) and Colonel Anil A Athale (retd).

On February 26, 1966, one of India's greatest freedom fighters breathed his last.

Vinayak Damodar 'Veer' Savarkar's legacy, unfortunately, got mired in controversy mainly because of the tussle between the leftist and rightist forces within the larger Independence movement. He became the pet hate object of the left liberals as well as the Muslim League that spearheaded the demand for Pakistan.

Over time, his contribution to the national cause was denied and he was virtually rendered persona non grata or worse in the eyes of many who took their cues from the then ruling party.

Most of his writing is in Marathi and hence not easily accessible to readers outside Maharashtra, giving rise to many misconceptions about him. This article is an attempt to put forward evidence about various facets of his eventful life and personality before the younger generation.

In recent times of divided opinion, it has become fashionable to label admiration for Savarkar as being anti-Mahatma Gandhi. This need not be so; both were patriots who in their own way struggled for Indian Independence.

No other leader of the freedom struggle was as vilified as Savarkar. Subhas Chandra Bose or Vallabhbhai Patel were not given their due either and ignored until recently, but dislike of Savarkar had been assiduously cultivated and propagated.

There were three main reasons for this: His strategic outlook; his 'Hindutva' thesis; his fundamental differences with Gandhi.

Savarkar believed in adopting all means including force to attain the national goal of complete and total Independence. He urged Indians to join the army at the outbreak of the Second World War so that the Indians could eventually turn on the British and throw them out.

Learn the art of soldiering from the British, and then turn on them when ready was his philosophy. The shorthand for this that he used was 'militarisation.' His appeal to Indian youth to join the armed forces during World War II was deliberately distorted.

Colonel Athale has personal knowledge of this issue as his father, the late Anant Athale, who had taken part in underground activities earlier, was one of those who heeded this call and joined army training. There are a few Indian Army officers alive who had joined the armed forces with this aim.

The British got a taste of what was likely to happen when in February 1946 they faced a naval mutiny against their rule. Clement Atlee, the then British prime minister, is on record that the Indian National Army activities and the naval mutiny were the main reasons for granting India independence.

Savarkar's advocacy brought him into direct conflict with the Congress that had launched the Quit India movement. In contrast, Mohanmmed Ali Jinnah had endeared himself to the British by supporting the war effort, which the British were bound to reward.

This might have hurt the Congress the most because the onus of Partition, no matter how farfetched, had to be shaken off. No wonder the dislike of Savarkar increased exponentially thereafter.