Nation - An Extension of Man

So the interest of the Nation must be considered supreme. That is why we say more people should work for the Nation. More people should come out and devote their life for the Nation. You know in our country, there are hundreds and thousands of Sannyasis. Why had they come out like that? Nobody forced them. They felt that more than their personal and family interest there is something higher. For that they sacrificed even the family. Sometimes some of them may be the only sons of parents.

Shankaracharya was the only son of his parents. A young boy of eight. He saw the condition of the country. At that time, Bharat was in a very bad condition - Disintegrating. No respect for Vedas. No one was studying Sanskrit. The culture was weakening. At that time Shankaracharya decided, that it was his mission to propagate Sanatana Dharma and to consolidate this country. He went from South Kerala to Badrinath. Dwaraka, Puri and consolidated the country. Had Shankaracharya not done that, when the Muslim conquerors came, the whole country would have gone Islamic. We would not have been here today. Everyone would have become a Muslim. So that sort of spirit should be there for the sake of the country and her culture. 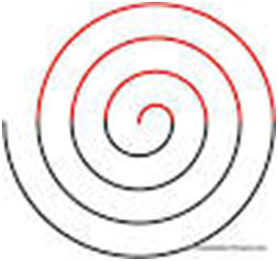 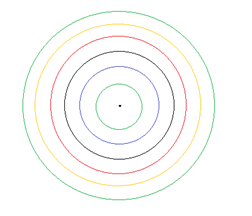 Starting from the individual, gradually growing, and going to humanity in spiral one. In the other you will find each circle is independent of the other. They are not connected with each other. One single point. Then one circle, another circle, another circle, another circle, so there again Vyakti, Parivar, Samaj, Rashita, Manavata. That is the Western concept. There, these are not connected to each other. One does not grow out of the other. The family is not an expansion of the individual. It is, as I said in the beginning – a man and woman come together. They say it is a family. But that is not an unbreakable organic relationship. In our country, the husband and the wife are not wedded for life. In our country, marriage is a sacrament. It is something sacred, Holy. And once married, one is married till the end. And it is even said that this continues for the next birth also. This is our concept. In the West, it is altogether a different concept. Of course among the Catholics and all, that concept is there. But nowhere it is being practiced.

Now, even marriage is not there. Unwed couples living together - going apart. No organic development of the individual into the family. It is not there. I have with me a very interesting book. It is the result of many years of research on American social life. The name of the book is "Fatherless America". In this, it is said more than 50 percent of the children in America grow without knowing social life. Individual is supreme there, individual right. "My right". No family right. No social right. So, from the individual to the family, there is no continuity. A member of a family today can be a member of another family tomorrow. A husband in a family of today will be the husband in another family tomorrow. A wife in one family today will be the wife in another family tomorrow. There is no continuous family. Fifty percent of the families are like that. In England also it is like that. Recently they have brought a bill in England, to make family last more, sound, stable-because the system of family breaking up is going on. In the West, it is opposite of what is happening or what has been happening in our country.