An article by Sri David Frawley -1 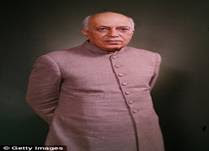 India is one of the oldest countries in the world and probably the best at preserving its ancient heritage. The Vedas compiled thousands of years ago remain commonly chanted today.

India's independence movement was rooted in Yoga and Vedanta and the country's older civilisational inspiration through Swami Vivekananda, Tilak, Aurobindo and Gandhi.

Yet after independence Nehru and his followers rejected India's past for a very different idea of India. Congress outsourced education and cultural development to the far left, Marxists and Communists, with which Nehru had much affinity.

India's political independence unfortunately continued an intellectual dependence on the West, perpetuating a denigration of the traditional culture, led by Delhi elite, which though located in India, kept their minds residing outside the country.

Indira Gandhi brought back some regard for traditional India but in the end supported the same westernised elite for whom Indian civilisation was a dangerous myth to be eliminated for modern progress.

Traditional India lived on with its vibrant festivals, pilgrimages, deity worship and renowned gurus. At the same time, the Yoga aspect of India's ancient civilisation went global as its main cultural outreach to the world.

Few in the West knew of the Marxist control of Indian education or understood the socialist stifling of the economy.

Most imagined India as still the land of the yogis. The RSS in opposition to Congress tried to sustain India's dharmic traditions, with the BJP as its political expression.

Yet it often seemed antiquated, backwards, out of touch with the times, even regressive. Much of this was owing to Marxist propaganda that has always demonised its opponents, which the Congress dominated media gladly followed.

Some occurred because RSS did not develop a clear expression in the English idiom that the modern Indian elite could recognise.

BJP assumed national power in 1999 under PM Vajpayee but could not change the mindset of the country.

India fell back into the old leftist rule with a vengeance and a massive corruption and nepotism under the UPA in 2004 that continued for ten years. 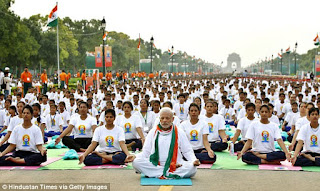 India's independence movement was rooted in Yoga and Vedanta and the country's older civilisational inspiration through Swami Vivekananda, Tilak, Aurobindo and Gandhi

Then came Narendra Modi, who dramatically changed the equation in his unexpected decisive electoral mandate in 2014, adding a power of vision, personal charisma, a forward development agenda and tremendous work to usher in a new India.

Modi as Prime Minister brings in a technologically progressive and intellectually sophisticated form of the older India/Bharatiya ethos as a dynamic creative force.