An article by Sri David Frawley - 2 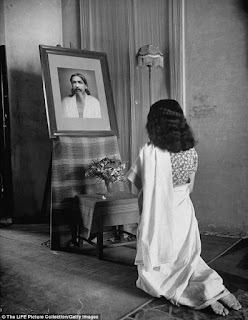 Yet Modi is not just a free market capitalist. He has initiated many programmes for the poor from bank accounts to new entrepreneurial and education schemes.

These are not just free handouts at election times, as in the old socialist era, but enduring programmes to make life easier and bring prosperity to all.

At the same time Modi visits temples and honours the great deities and gurus of the country. He is not afraid to be a Hindu or to attend Hindu functions, while at the same time excelling as a modern technocrat.

Yet his view of Hinduism is equally sophisticated, not of a sectarian belief based religion but a broad spiritual path of Yoga, meditation, universal consciousness and self-realisation. 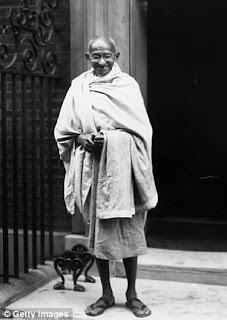 The Nehru-Gandhi card does not work with the youth, even though some media outlets and academics still try to project it

Modi shows at a political level what the world has seen at a spiritual level, that the dharmic traditions of India, not only Hindu but also Buddhist, Jain and Sikh, have tremendous relevance if repackaged in a modern language and allied with cutting edge trends in spirituality, medicine, and science.

India and its profound civilisation can be renovated and repackaged to guide and inspire humanity as a whole.

Most people in India today were not alive when Indira Gandhi was assassinated in 1984.

The Nehru-Gandhi card does not work with the youth, even though some media outlets and academics still try to project it.

The aspiration of young Indians today is not to reclaim the glory of the old Nehru-Indira years, which were not that great.

It is to develop a new India that can compete in the emerging global economy today, without denying the civilisational heritage of the region.

The political embodiment of this aspiration for a new India is Narendra Modi, who rose from a poor Gujarati family, once selling tea, not from the old Delhi elite.

India's media which has opposed Modi and challenged his legitimacy to rule, is now looking at a future defined by Modi's vision, not by their old Nehruvian privileges.

Modi has become the rishi guru of the new India, surprising everyone with his out of the box thinking and transformative decisions.

The respect and regard he receives throughout the world is because of his connection to timeless India, ever able to renew itself.

His new approach has broken with the old Nehruvian apologetics and optimistically mapped out a future where dharma prevails and prospers along with the country as a whole.