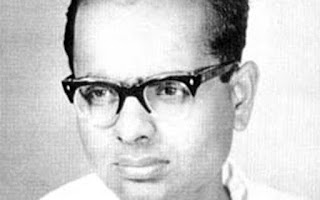 Ramanujam was born on 9th January 1938 in Chennai (then Madras) to a Tamil family and was the eldest of seven siblings. His father, Chakravarthi Srinivasa Padmanabhan, was a Madras High Court advocate.

Ramanujam completed his higher secondary certification and graduated from the prestigious Loyola College in Chennai.

His love for mathematics started at a young age, which was evident from his decision to specialize in the subject during his bachelor's (honors) degree.

On the recommendation of Father Charles Racine, his friend, and teacher, Ramanujam decided to pursue his love for mathematics by applying for admission to the School of Mathematics at the Tata Institute of Fundamental Research (TIFR) in Mumbai (then Bombay).

Before joining TIFR in 1957, Ramanujam spent some time with the Ramanujan Institute of Mathematics former director and gained a deep understanding of analytic number theory.

Speaking about Ramanujam's brilliant grasping ability and knowledge of mathematics, K.G. Ramanathan, Ramanujam's doctoral advisor at TIFR, wrote in a tribute to Ramanujam, "... he learned mathematics with avidity and speed that was often frightening.

He had given expert Colloquium talks and participated in seminars and displayed within two years of stay, versatility, and depth in mathematics which are rare (sic)."

It was common for renowned mathematicians from across the globe to give lectures at TIFR, and a tradition for graduate students to write lecture notes for the courses the mathematicians delivered.

As a first-year graduate student, Ramanujam wrote the notes for German mathematician Max Deuring's lectures about the Theory of Algebraic Functions of One Variable.

He went on to become an expert in not just algebraic geometry and analytic number theory but many other allied subjects too.

Ramanujam's notes were appreciated, and he received praise for his work from several scholars, such as Russian mathematician I.R. Shafarevich and American mathematician David Bryant Mumford. Both these scholars spoke highly of how Ramanujam's corrected many of their mistakes.

In the preface of his book Abelian Varieties, Mumford even mentioned that the work was a joint effort between him and Ramanujam, and Ramanujam helped improve the lectures.

Interestingly, while he was working with Mumford, Ramanujam started learning German, Italian, and French on his own to study mathematical works in their original form.

There were quite a few non-English mathematical works in his library.

In 1961, following the suggestion of K.G. Ramanathan, Ramanujam started working on a problem related to German number theorist Carl Ludwig Siegel's work. Ramanujam's simplification of Siegel's method and his solution to Siegel's problem in relation to Waring's problem were brilliant.

In recognition of Ramanujam's work on number theory, TIFR promoted him to the post of associate professor.

Ramanujam protested strongly against this promotion, stating he was undeserving of the position. However, his friends and colleagues convinced him to accept the offer.

In 1971, he made a significant contribution to algebraic geometry by clarifying the Kodaira Vanishing Theorem.

In 1973, he was elected the Fellow of the Indian Academy of Sciences. Moreover, a memorial hall at the University of Genoa's former Istituto di Matematica (Institute of Mathematics) was named after Ramanujam after his demise.