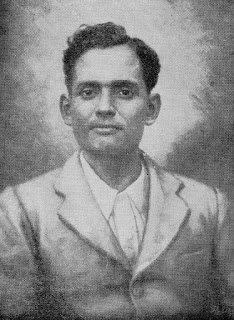 Jatindra Nath Das worked at a very young age for the cause of political prisoners in the Indian freedom struggle. Being an inspirational freedom fighter, human rights activist and a fervent revolutionary, he joined the AnushilanSamiti (a 20th century Indian revolutionary organization). He collaborated with Bhagat Singh and other members from the Hindustan Republican Socialist Association (HRSA). While he was 17 years old, he got actively involved in the Non-Cooperation Movement launched by Gandhiji.

Jatindra Nath Das breathed his last in 1929 following a 63-day-long fast fighting for the rights of political prisoners at the young age of 25 years. Bhagat Singh and other imprisoned freedom fighters also undertook this hunger strike at the Lahore Central Jail. Jatindra Das had to face several atrocities and hardships done by the British authorities. These atrocities led to damaging of his lungs, and paralysis began to spread to his body parts. Still he continued his hunger strike. A jail committee was formed keeping in mind his condition into consideration and immense popularity amongst people. A proposal was made for his release but it was rejected by the committee. Subhas Chandra Bose called him the 'young Dadhichee' of the nation (the ancient Indian sage who sacrificed his life for a noble cause). 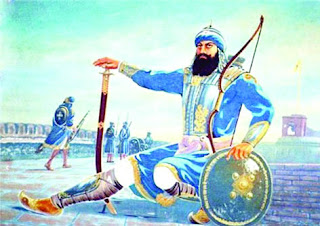 The mighty river Chenab has many historic stories woven around her immortal flow and one of them is the Tapasya done by India's one of the greatest martyrs and eliminator of savage moghul's tyranny from Panjab , Baba Banda Singh Bahadur's tapasya on her banks.

Baba Banda Singh Bahadur was born in the Rajput family (1670, Rajouri). He was the first Sikh military leader to wage an offensive war against the Mughal rulers of India and extended the Sikh territory.

In September 1708 Guru Gobind Singh along with a few Sikhs reached the Ashram of Madho Daas Bairagi, At that time he was not in his Dera. The Guru took his seat and the Sikhs spread all over the Dera to arrange and cook food.

Madho Daas used all his occult powers to insult, harass, and let down the Guru but failed in all his efforts. Full of rage, he came running to the Dera and shouted at the Guru. The Guru asked him to be calm and think it over. After some time, he said," Is it that you are Guru Gobind Singh?" The Guru replied- "Yes I am, now tell me, who are you?" His hands were folded and he said to the Guru" I am your Banda (slave)." Banda also means a good human being. The Guru stated that If you are my Banda, then work as a Banda ( a good human being). He assured Guru Sahib to do as per his advice. With these words, Madho Daas was at the feet of Guru sahib. The Guru stayed in his Dera for a few days. He was given Amrit ( baptized the Sikh way) and named Gur Bakhash Singh but remained famous with the name of Banda Singh Bahadur.

Guru Gobind Singh Ji sent Banda Singh to Punjab in 1708 and advised him to put an end to the cruelty of Punjab rulers, punish the guilty and cruel misrulers and to fight for human rights, empower and strengthen the poor, the low and slave-like people who could not even imagine freedom. He had started with only twenty-five Sikhs; but the holy mandate that the Guru had granted him was sufficient to gather the whole Panth, young and old, rich and poor, under his banner, come what may. The Guru's teachings at Nanded had put such an impression on him that he would not rest till he had heard from his Sikh companions, on his way to Punjab, the whole story of Guru's holiness, adventure, and the persecutions to which his sons and Sikh community had been subjected. This all added fuel to his fire of fury and strengthened further his resolution to punish the tyrants.

To meet financial requirements, Banda Singh made fervent appeals to big businessmen of that time. After meeting the basic needs, from 1709 he started attacking various towns and conquered various areas of Punjab such as Samaana, Sonepat, Kenthal, Ghurham, Thaskaa, Shahbaad, Kapoori, Sadhoura, and others. After establishing his authority and Khalsa rule in Punjab, he abolished the zamindari system.

Now the major goal for the Sikhs was Sirhind and its Nawab Wazir Khan. This battle took place in May 1710 at the field of Chhappar Chiri which is 15 miles away from Sirhind. Wazir Khan lost his life. Most of the high officials and administrators were killed. The Mughal army ran away from the battleground. Sirhind was conquered by the Sikhs.

Farakh Seyer ordered all the governors of North India that Banda Singh should be killed or arrested. He taunted the Governer of Lahore, Abdu-Samad for his inability and sent his own forces for his help. After an eight-month siege, the fortress town of Gurdas Nangal fell to the Mughals in 1715. The brave army fought as much as they could, till constant attacks from the enemy. Thus, it was that Banda rose up for a final sally with the determination to die a hero's death. Banda Singh Bahadur was captured and put in an iron cage. The remaining Sikhs were also captured. They were brought to Delhi in a procession with the 780 Sikh prisoners, 2,000 Sikh heads hung on spears. They were put in the Delhi fort and pressured to give up their faith and become Muslims. On their firm refusal, all of them were ordered to be executed. A hundred Sikhs were put to death daily. Banda Singh's son was seated on his lap and killed with a knife and his own body being torn to pieces with red hot irons.

Baba Banda Singh Bahadur War Memorial is at Chappar Chiri, Mohali which is a tribute to the brave Sikh warrior under whose command the Battle of Chappar Chiri was fought between the Sikhs and the forces of the Mughal Empire led by Wazir Khan in May 1710. With a decisive victory in this war, Sikh rule was established from Lahore to Delhi.

Banda Singh Bahadur was an example of self-sacrifice, which none else in history has excelled. The patience with which Banda and his associates bore all the tortures, they were subjected to, and with all the severe persecutions their bold refusal to give up their religion, show how the Sikhs loved their principle. The Sikh martyrology contains examples of bravery and self-sacrifice.